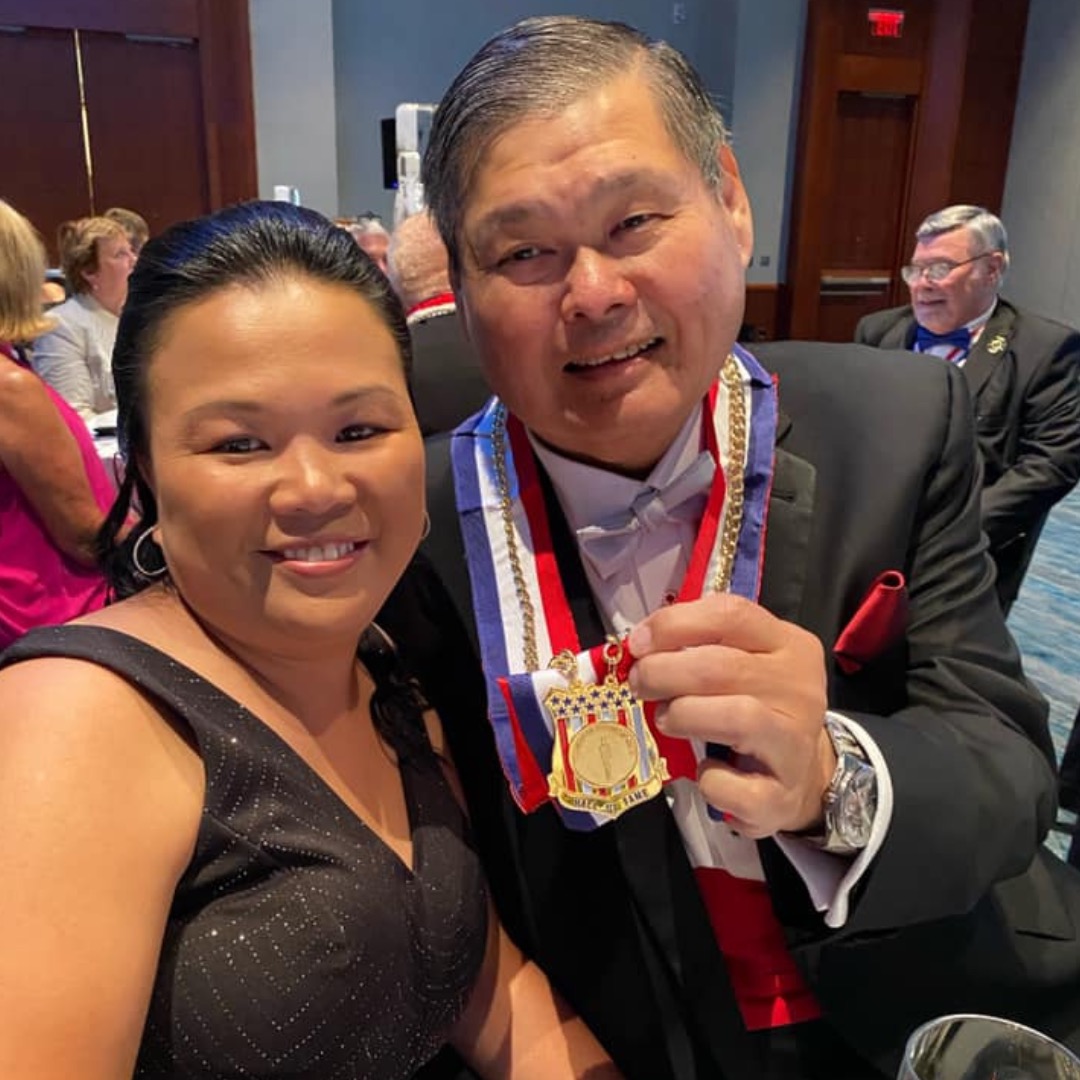 This week the culinary community has shared in a collective heartbreak as we learned of the passing of our fellow culinarian, Michael Ty, CEC, AAC, HOF. He was an amazing soul who brought inspiration and light to so many. Many of us came to know Michael from different places and for different reasons, or maybe you didn’t know him at all and are learning about him for the first time from this blog. As our world takes a pause to mourn the loss of Michael, we want to share with you a little bit about his story…

Michael Ty was born on August 4, 1953 to Chinese parents in Manila, Philippines, the third of six children. In 1966 His family immigrated to the United States, settling in Waterbury, CT, before moving to Waverly, NY two years later. Ty would spend the next 17 years growing up here, and it was a high school aptitude test and one guidance counselor that would change the course of his life forever. He was initially told his highest strengths would lead him to a career in banking and finance, but Michael couldn’t see himself sitting behind a desk. He asked what’s next? The counselor told him he also scored high in Home Economics. It took him a little convincing because at the time, Home Economics classes were still seen as being primarily for “Susie Homemaker”, but the guidance counselor opened his eyes to the many professions that could come from Home Economics – including culinary arts. Michael did see a future in that. And after attending the culinary program at State University of New York (SUNY) at Cobleskill, he was hooked.

He started his restaurant career in New York after graduating with an Associate of Science degree, but soon after, Las Vegas came calling to him with the promise of a better job opportunity. Although that opportunity did not pan out, Michael did not give up. He found a job on the lowest rung of the culinary community, and worked his way up. After two years, he became a sous chef at Caesars Palace, and by age 28 he was the youngest non-European Executive Chef at a major resort on the Las Vegas Strip.

In January 1989, he made the move to Executive Chef at the Sheraton Desert Inn. Shortly after, he started what would eventually become his legacy. While serving as president of the American Culinary Federation (ACF) in 1989, he learned about the Chef and Child charitable organization and decided to start a chapter in Las Vegas. This organization was later called Chefs for Kids. Michael served as Chairman of the nonprofit for many years. He also remained the organization’s most steadfast supporter, helping it grow from a handful of meals served to kids each year to Las Vegas’ leading CCSD approved in-school education nutrition program that teaches and feeds approximately 10,000 kids each year. In 2021 Ty was honored with the Legacy Award by the non-profit for his important contributions throughout the years.

Ty wasn’t solely dedicated to one cause though. He also believed in educating and mentoring future generations of culinarians. For decades he has been a member of the American Culinary Federation and held numerous positions, including President of the national organization and Las Vegas chapter. He has also supported several young culinarian competitions in any way he could.

Michael has also mentored chefs participating in Chaîne’s Young Chefs program of regional and national competitions to prepare young chefs to succeed in their profession and compete on the international stage. He also set up a Chaîne des Rôtisseurs grant/scholarship at SUNY Cobleskill to fund one student every year to participate in the Young Chefs Competition in the Northeast Region.

Throughout his community endeavors, he continued to grow himself professionally, transitioning to Executive Chef at Lawry’s Prime Rib in 1997-2000. Simultaneously he also opened Hospitality Culinaire, which opened and managed three Jamba Juice locations inside McCarran Airport; as well as MT Cuisine, LLC. which sold chef apparel and high quality chef toques.

Throughout the years, Michael was honored with several awards, a few of which include: ACF Western Region Chef of the Year in 1991, 1994, and 1997; ACF Western Region Chef Professionalism Award in 1991; induction into the American Academy of Chefs (the Honor Society of the ACF) in 1991; American Academy of Chefs Chair’s Medal in 1996; ACF National Chef of the Year in 1997; and numerous ACF Presidential Medallions.

Michael was also a loving husband, father, grandfather, and friend.

All who knew him are encouraged to attend his memorial services on:

View invite and RSVP for his memorial service. Chefs are encouraged to wear their chef attire.  If you are not able to attend the event in person, there will be a live stream on the day and time of the service. Please click here.

Michael was a giver in life and his family asks In lieu of flowers to please consider making a contribution to two organizations that Michael held dear to his heart. One being our very own, Chef for Kids. The other Chaine des Rotisseurs*.

1 thought on “In Memoriam: Michael Ty”