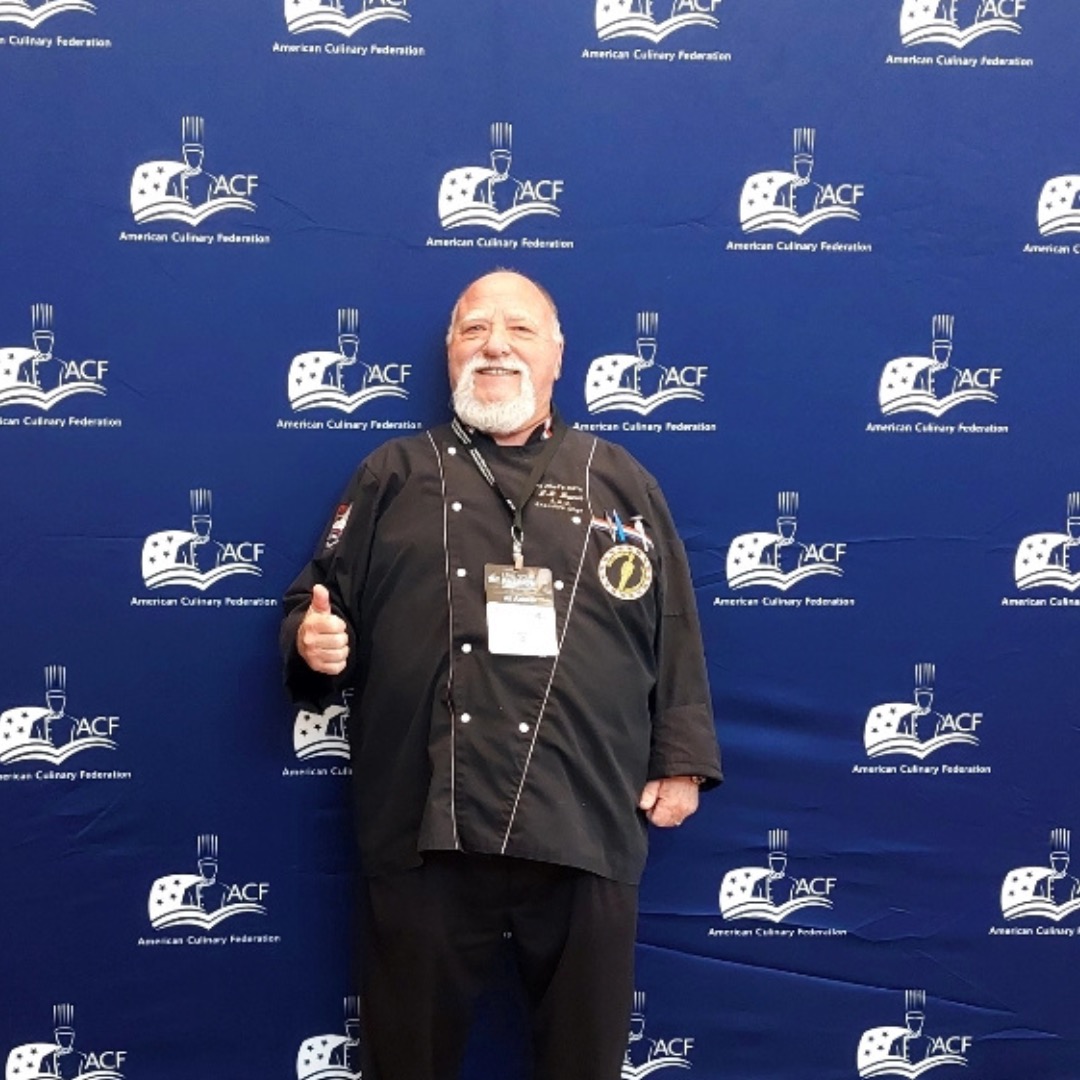 Chef James Brown, A.A.C., recently received a special service award from the American Academy Of Chefs (AAC). Being that he is a veteran, November is the perfect month to get to know this award-winning, world-renowned chef we all call “J.B.”

His dedication runs deep with more than 28 years and a multitude of positions between ACF Chefs Las Vegas and ACF Chefs national. J.B. was part of the accreditation team that completes site visits at culinary schools for the American Culinary Federation Education Foundation in the Western Region.

J.B. continues to be a steadfast promoter of the education of all culinarians by mentoring culinarians, and students seeking a future in the culinary industry – even in “retirement”.

Kicking off from Portland, Oregon, this guy traveled the world of cooking building a repertoire of over 200 different styles of cuisine during his 55+ years in the culinary industry.

Landing in Sin City in 1989, J.B. assisted the culinary team at the famous Excalibur Hotel and Casino, dishing out 32,000 meals daily. He then opened the Sands Expo and Convention Center as its Executive Chef. While there, he served at three Comdex conventions, the largest trade show in the United states from 1984-2001. It dominated with over 250,000 delegates and meals in a five day period. In 1993 J.B. founded Catering By the Chefs Inc. which he sold in 2000. He is currently retired, but slinging pulled meats as President of “Chef JB’S Badlands BBQ”.

His passion is cooking, ACF and Las Vegas. Check out some of J.B.’s accolades and positions!

J.B. was one of seven founders of Chef for Kids, a Nevada non-profit dedicated to alleviating malnutrition and hunger through education and awareness.

“These groups are especially close to my heart because as a 100% disabled Veteran I want to show compassion, gratitude and service to the men and women in uniform,” J.B. says.

Here’s one way you can support J.B. and Veterans this November.  He is looking for a few volunteers to cook chili and chefs to help with judging for this fundraiser helping veterans and their families.